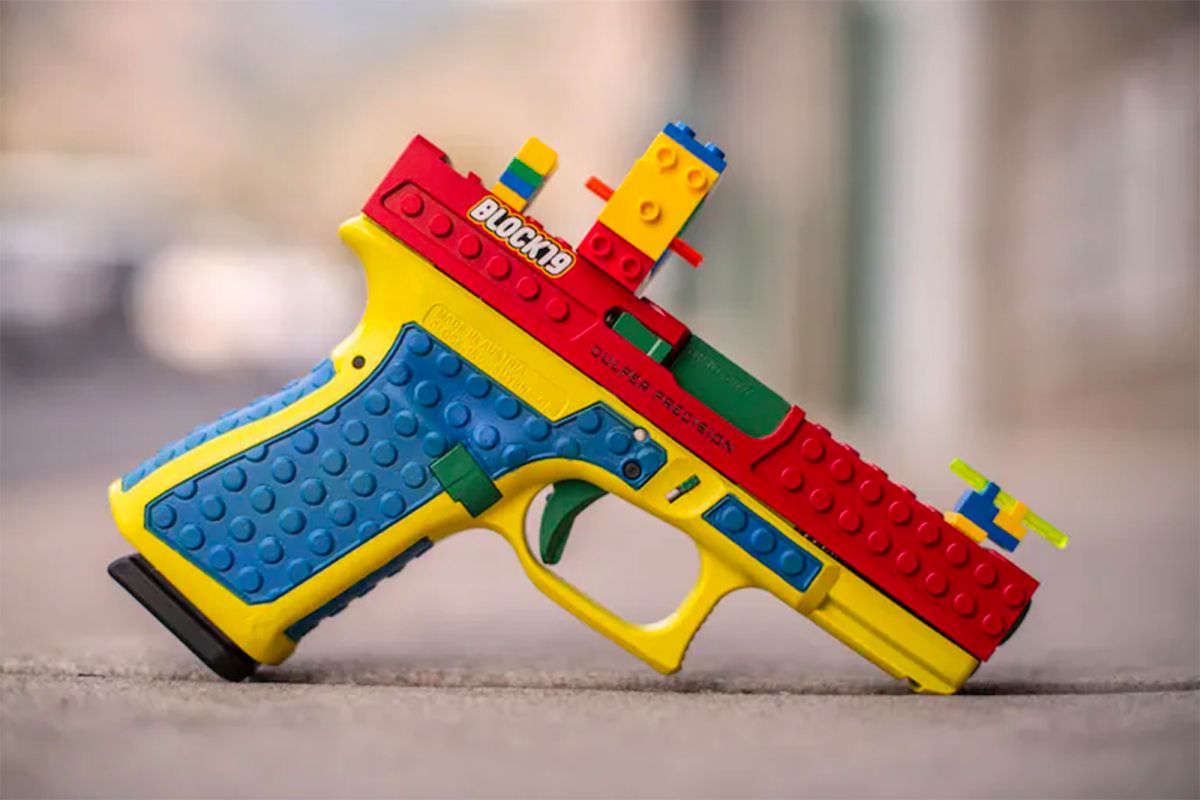 Culper’s pistol, called Block19, is a customized semi-automatic Glock firearm. The barrel and grip are covered with Lego-like red, yellow, and blue fragments, giving the full-function weapon the appearance of a toy. Culper, based in Provo, Utah, launched a Lego-style weapon last week.

On Wednesday, the Danish toy manufacturer Lego said in a statement that it has asked Culper to stop selling Block19. Lego said:  “We have contacted the company, and they have agreed to remove the product from their website and not make or sell anything like this in the future.”

As of Wednesday, Block19’s product page has been removed from its website. Culper declined to comment and directed people to make a statement on his website.

“We here at Culper Precision are grateful for the attention that Block19 is currently getting across the globe,” the company said in the statement. “It seems that no matter what we create in the firearms industry, anti-gunners seem to leverage every true innovation shortly after its release to talk about why guns are bad.”

Culper also said that it made Block19 “to create an opportunity to talk about the enjoyment of the shooting sports and the joy that can only be found in marksmanship practice and training.”

Shannon Watts, the founder of the gun control organization Moms Demand Action, drew attention to Block19 on Twitter last week. She called this custom weapon “a recipe for disaster.”

At the time of the controversy, US gun sales hit a record high, coupled with a sharp increase in gun violence this year. According to data from consulting firm Small Arms Analytics, Americans bought approximately 23 million guns in 2020, an increase of 65% from the nearly 14 million guns sold in 2019. Weapon sales are expected to hit another record in 2021.

With gun ownership reaching record levels, the coronavirus pandemic has left millions of children at home. The problem continues. Last week, a 12-year-old boy in California died after accidentally shooting with a gun brought by his friend overnight. Shannon Watts of Everytown for Gun Safety wrote a letter to Lego about Block19. She told the BBC that children may be attracted to the use of guns, “even when guns don’t look like toys”.

But the company does not seem to apologize. In an Instagram post on Tuesday, Culper Precision stated that “our business is taking a firearm of known value” and turning them into “personalized invaluable treasure for a fair price”.

A report released in May by the gun control organization Everytown for Gun Safety found that the number of unintentional shootings by children during the pandemic “tragically increased” as gun sales soared and more children stayed at home instead of going to school. The study of Mother Needs Action found that between March 2020 and December 2020, there was an increase of more than 30% compared to the same period last year.